Hither and Yon
“That old September feeling, left over from school days, of summer passing, vacation nearly done, obligations gathering, books and football in the air … Another fall, another turned page: there was something of jubilee in that annual autumnal beginning, as if last year’s mistakes had been wiped clean by summer.”
― Wallace Stegner, Angle of Repose.
Well how’s that for a quote to kick off the newsletter for that most nostalgic of seasons? Fall or autumn, call it what you will, is soon to be amongst us. Meanwhile here’s the news about the goings-on at Big City Productions. Are you sitting comfortably? Then we’ll begin.
We are pleased to tell you that the new Eventually Brothers album is now back from the factory and ready to be unleashed upon the world. CDs are available for sale directly from us, so if you want one now’s the time to let us know. Over the next few weeks it will be physically/digitally distributed to CD Baby, iTunes, Spotify and legions of other online music service platforms. The name of the album is Hither and Yon. All of the lyrics are by Alan Millen, with melodies created by Brian Bouthillier, Iain Duncan, Raymond Kerr and our own Tim Readman. As with the last Eventually Brothers release the cover painting is by Peter Achurch – and very nice it is too! We’ll let you know the links to the cyber space retail outlets carrying Hither and Yon as they become known to us and also the places where you can listen to the tracks. 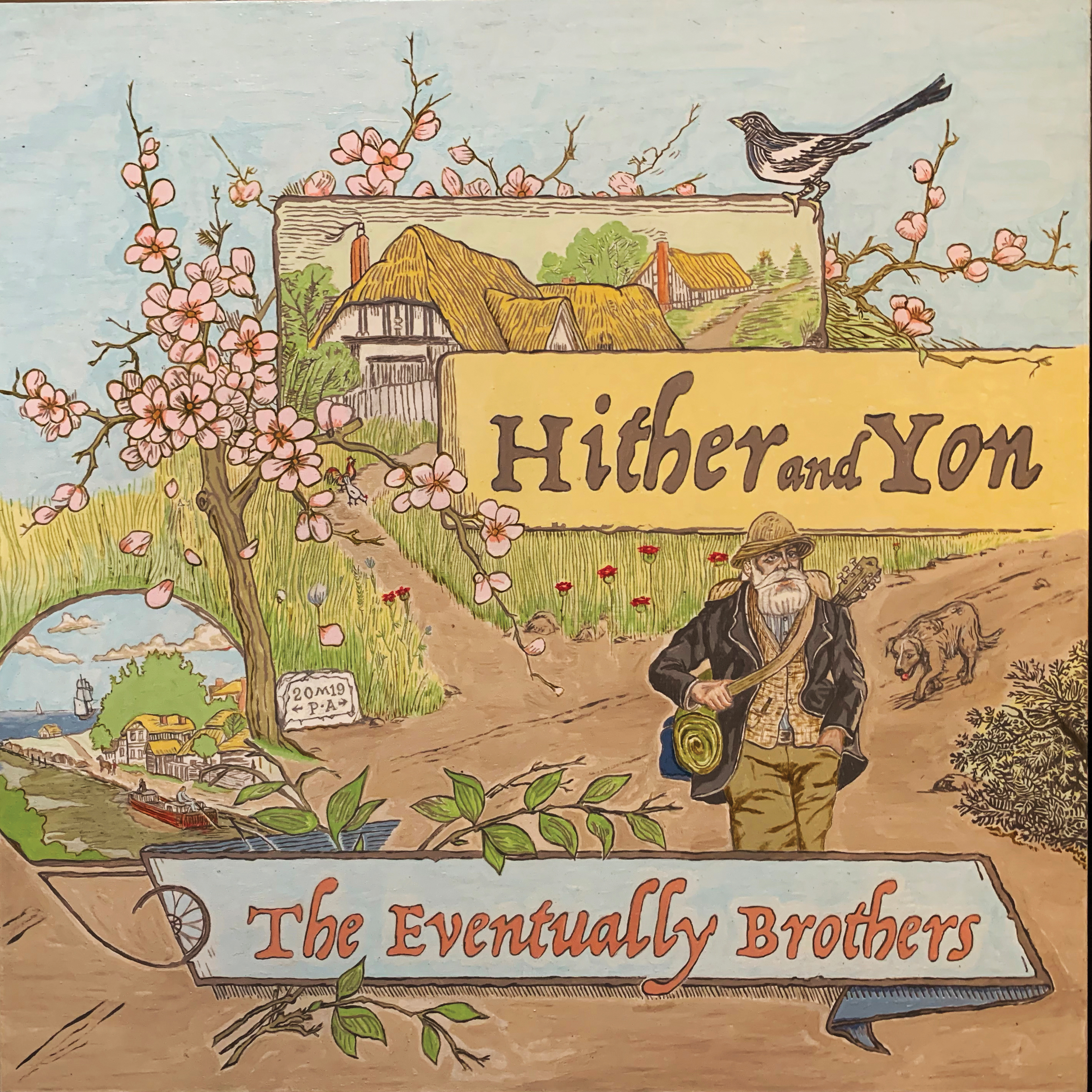 There are already videos of songs from Hither and Yon on YouTube.

‘Home Again’ commemorates the Canadians who formed the Mackenzie-Papineau Battalion of volunteers and joined the Republican cause in the Spanish Civil War of 1936-1939. The video is here.

‘Song for Kate and Anthony’ was inspired by the Halifax Explosion of December 6, 1917 and tells a tale of love amongst the ruins. You can watch it here.

‘When The War is Over’ can be found here. It features an imagined conversation between two soldiers midway through what was originally known as The Great War.

Here’s a couple of photos from the recording sessions too: 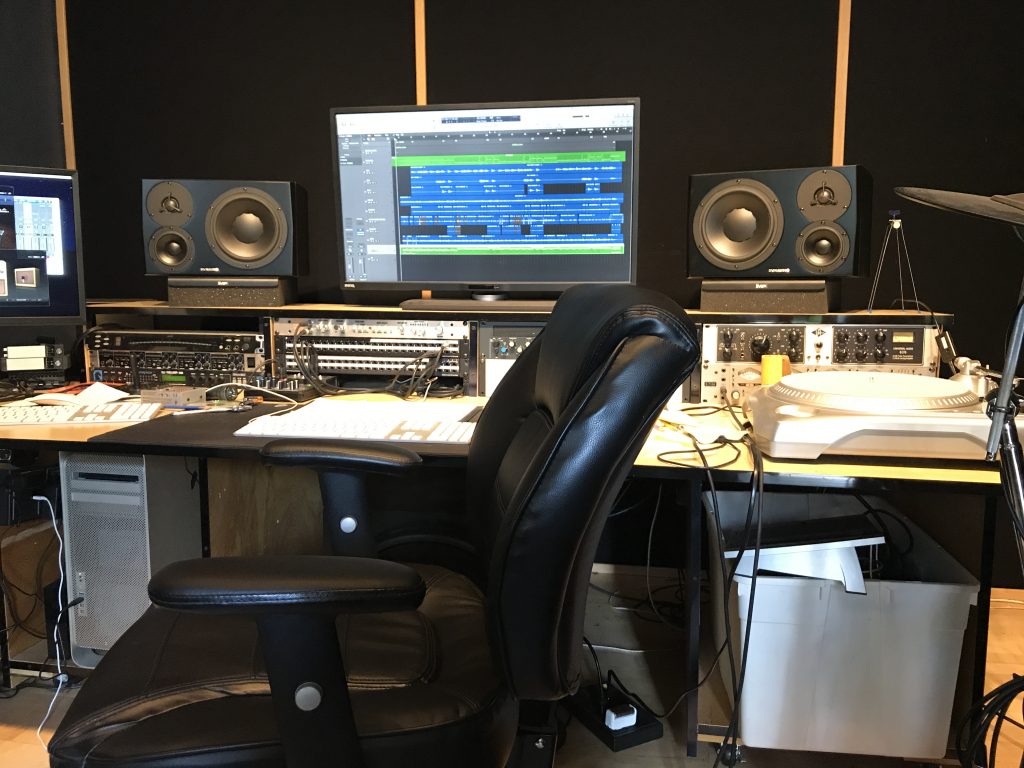 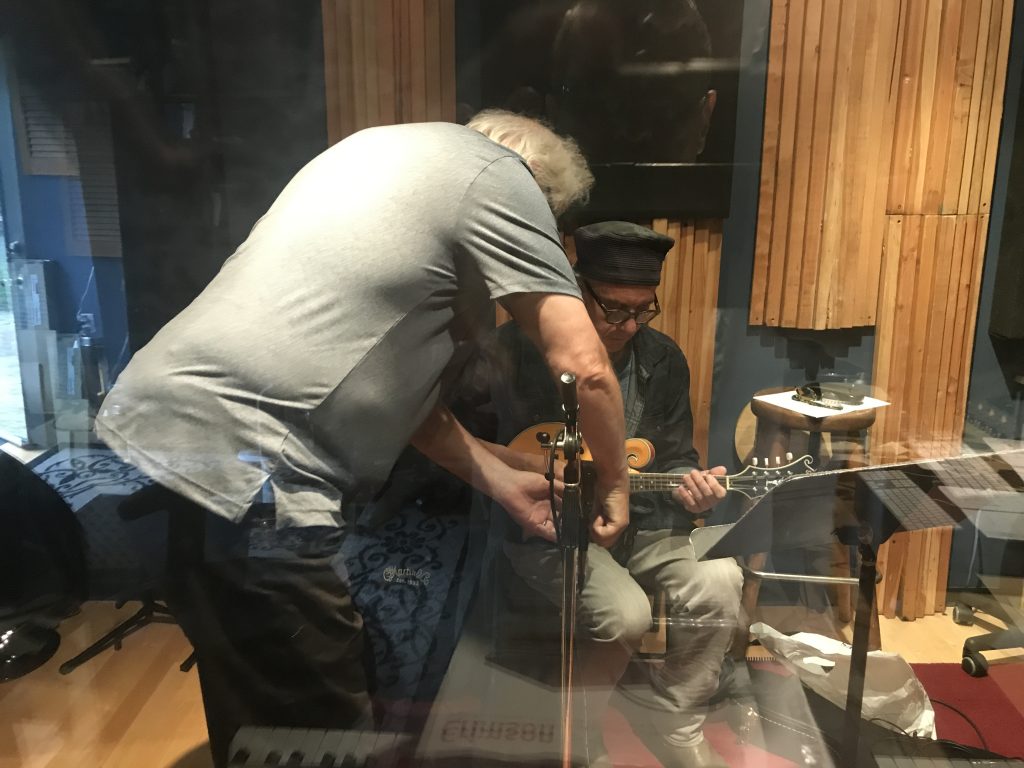 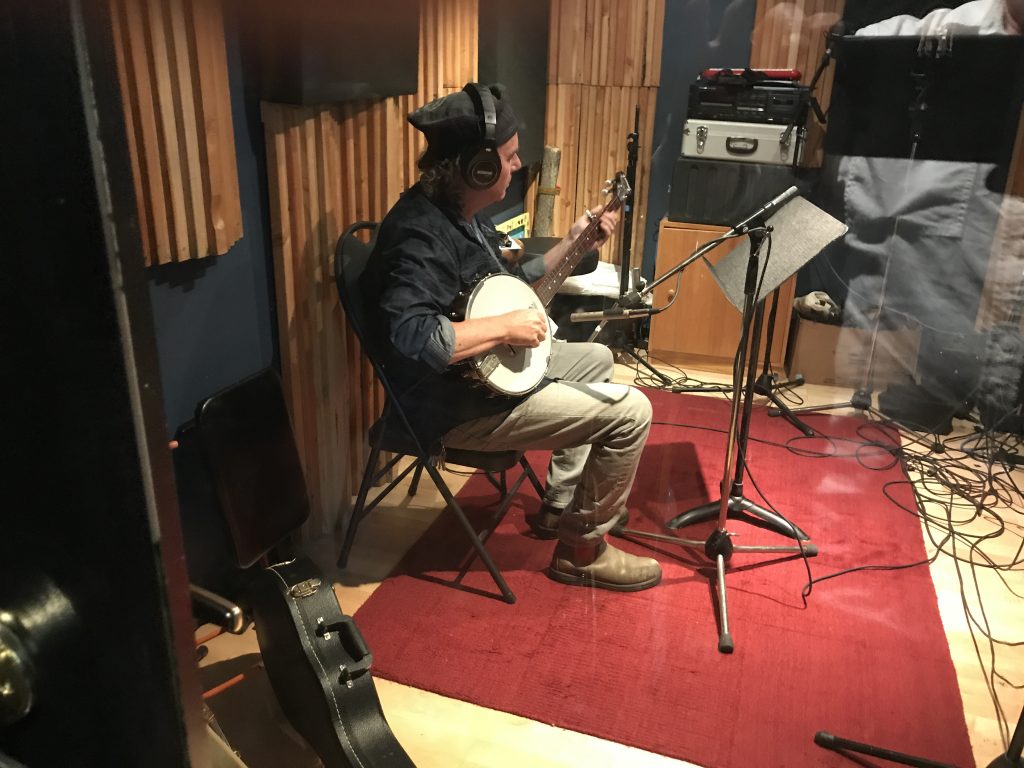 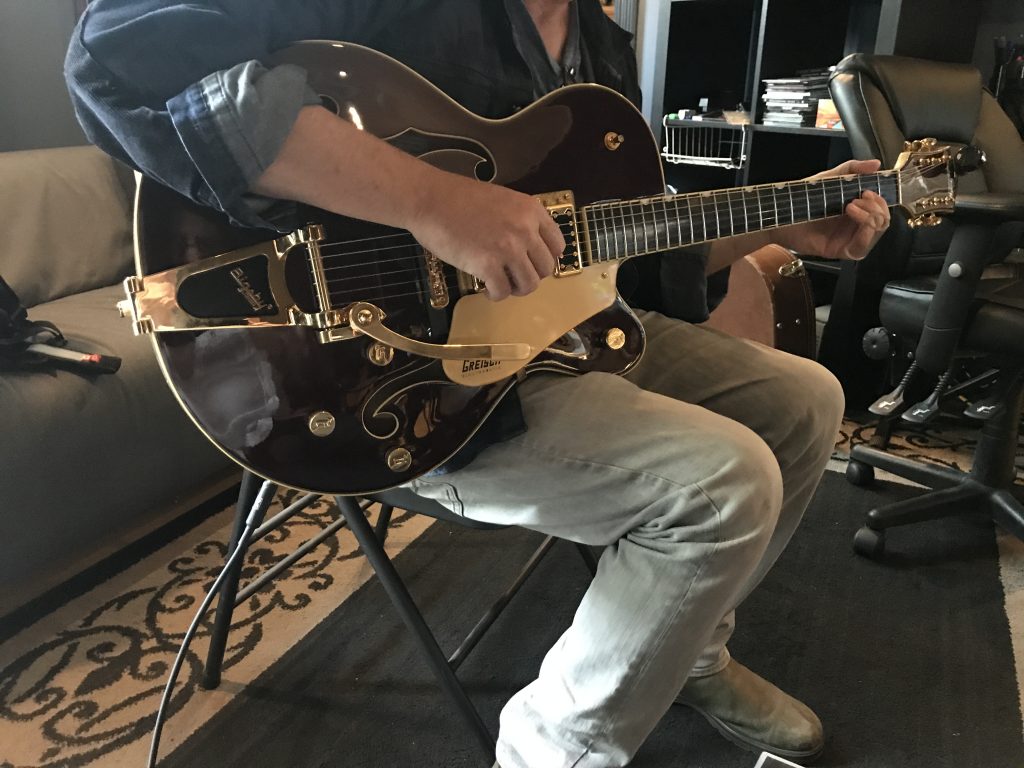 As previously reported Baltimore’s Andy Cooke (Dataloaf, Pine Tree State, Electric Wave Inspection Bureau) and Tim have been written eleven songs for The Cuckoo Gene, a concept album based on a science fiction story penned by Tim and accompanied by instrumental tracks concocted by Andy. The songs are now complete and recording starts on September 12th in Baltimore, MD, USA. This colourful, diverse city is Maryland’s largest and its economic hub. It is known for its beautiful harbour; quirky, distinct neighbourhoods; unique museums and the world-renowned John Hopkins Hospital and for not being able to spell colourful, harbour or neighbourhood. Stay tuned for further missives as the album takes shape.

Tim performed solo and Emceed on Main Stage at Mission Folk Festival and played at Vancouver’s Jericho Folk Club in July with Vostok on harmony vocals. He did Harmony Arts Festival in August with Jennie Bice on fiddle and Allan Dionne on accordion/percussion and played a house concert with Fear of Drinking – with the original line-up of Tim and Gerard Kerr. Everything went swimmingly. Here are few snaps from the shows. There’ll be no live shows for a bit while Tim concentrates on delivering the Cuckoo Gene album. 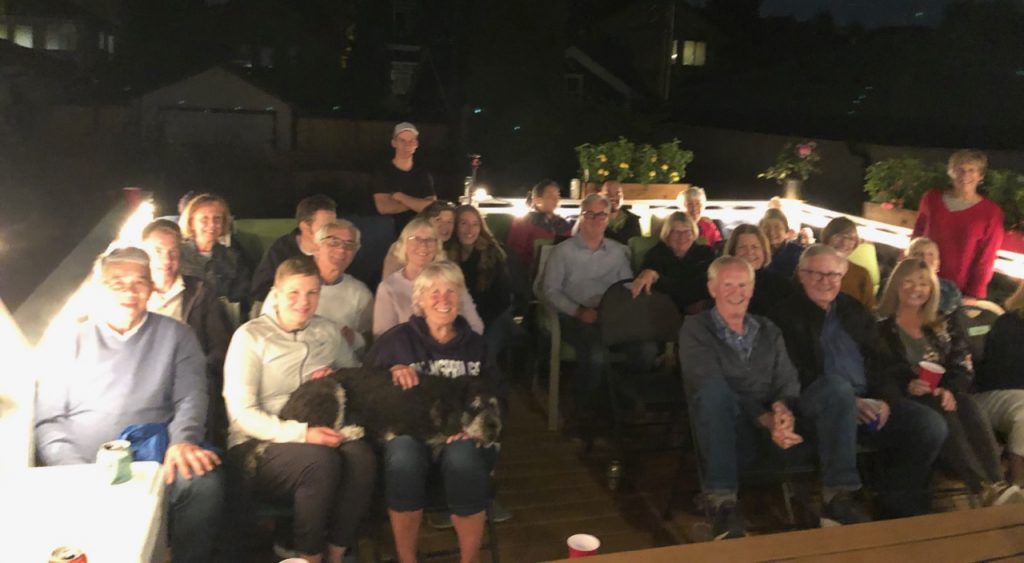 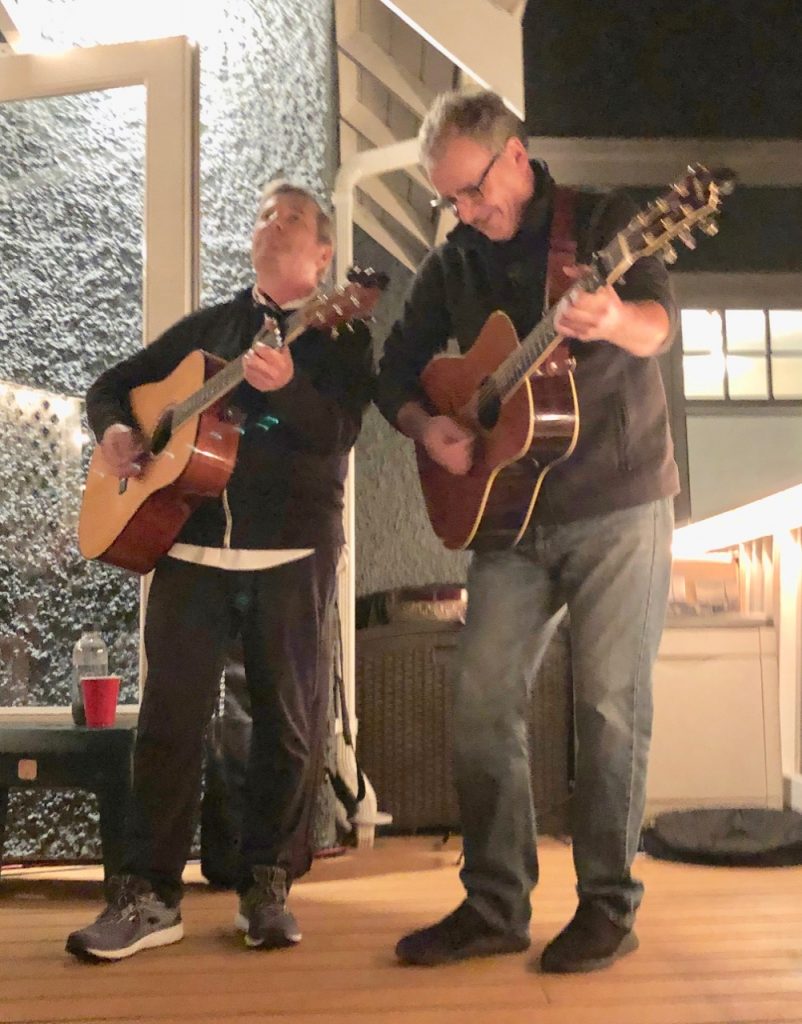 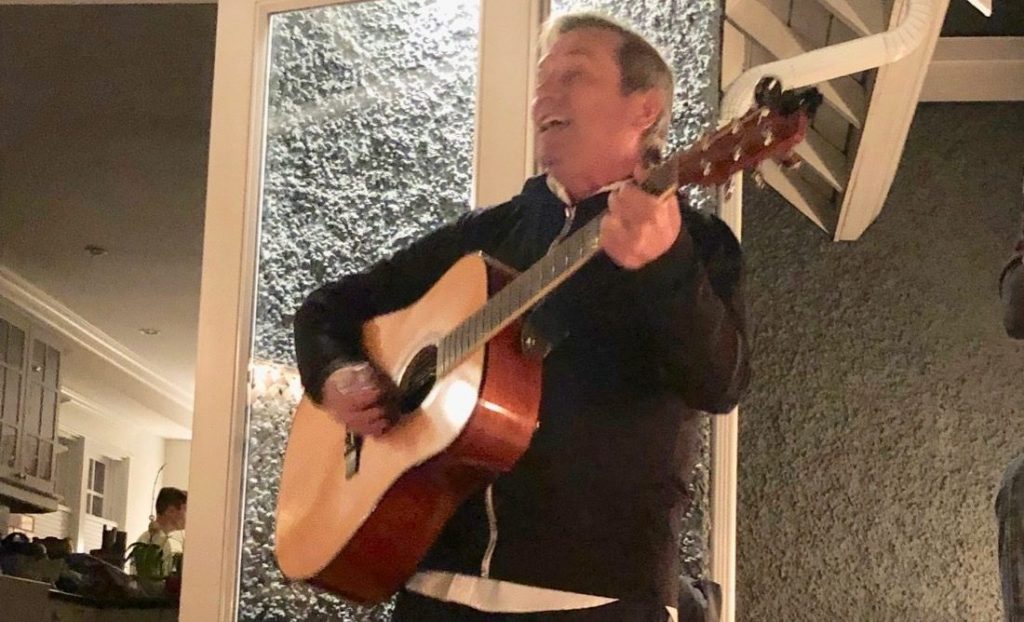 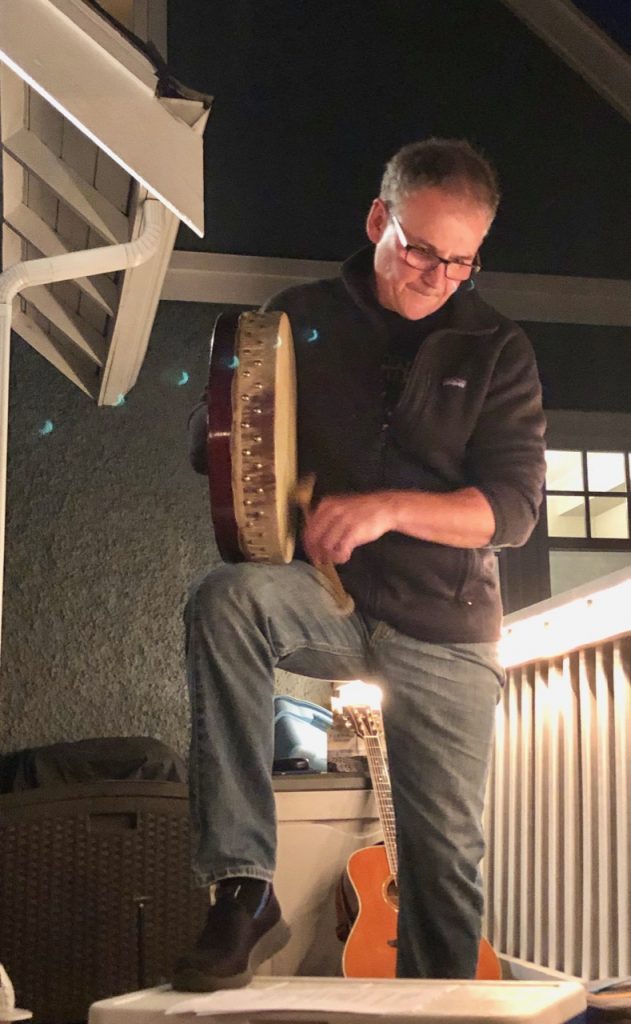 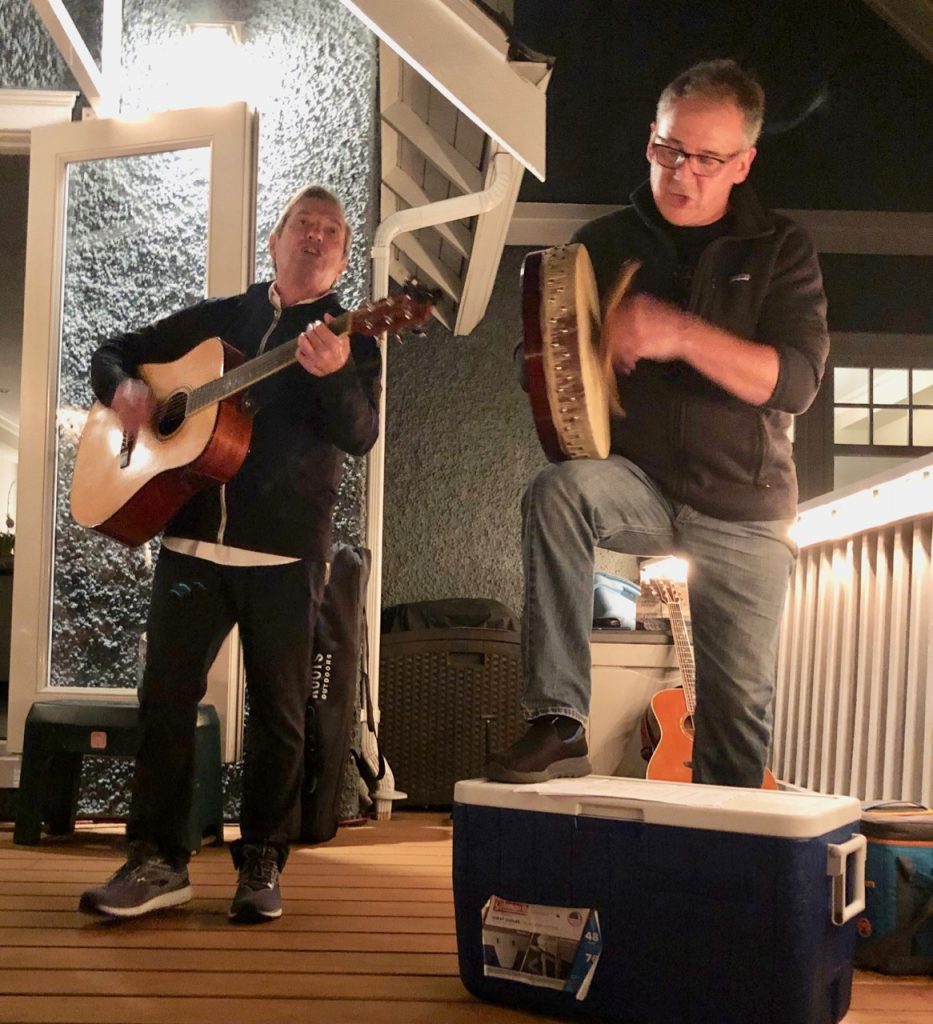 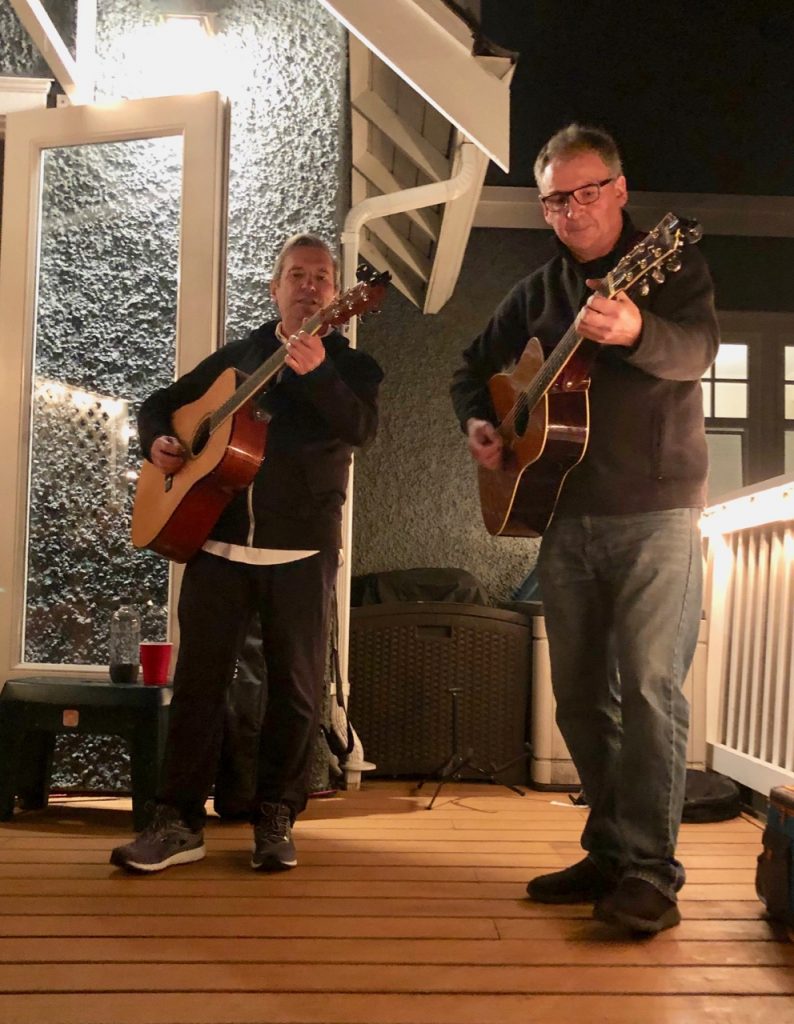 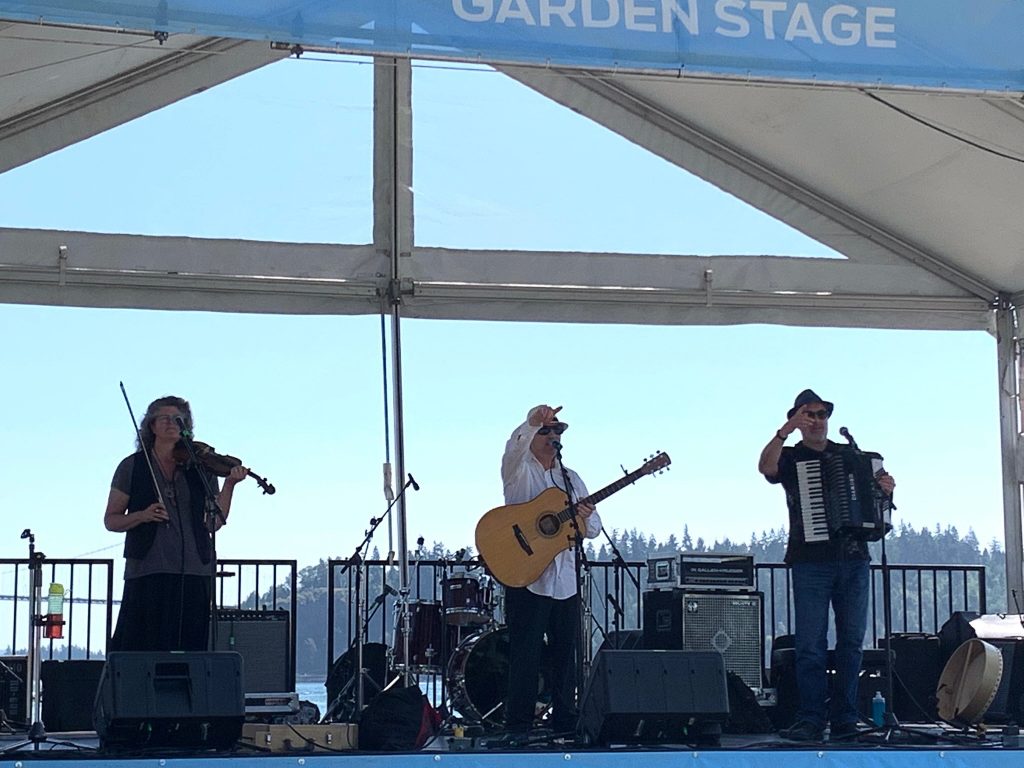 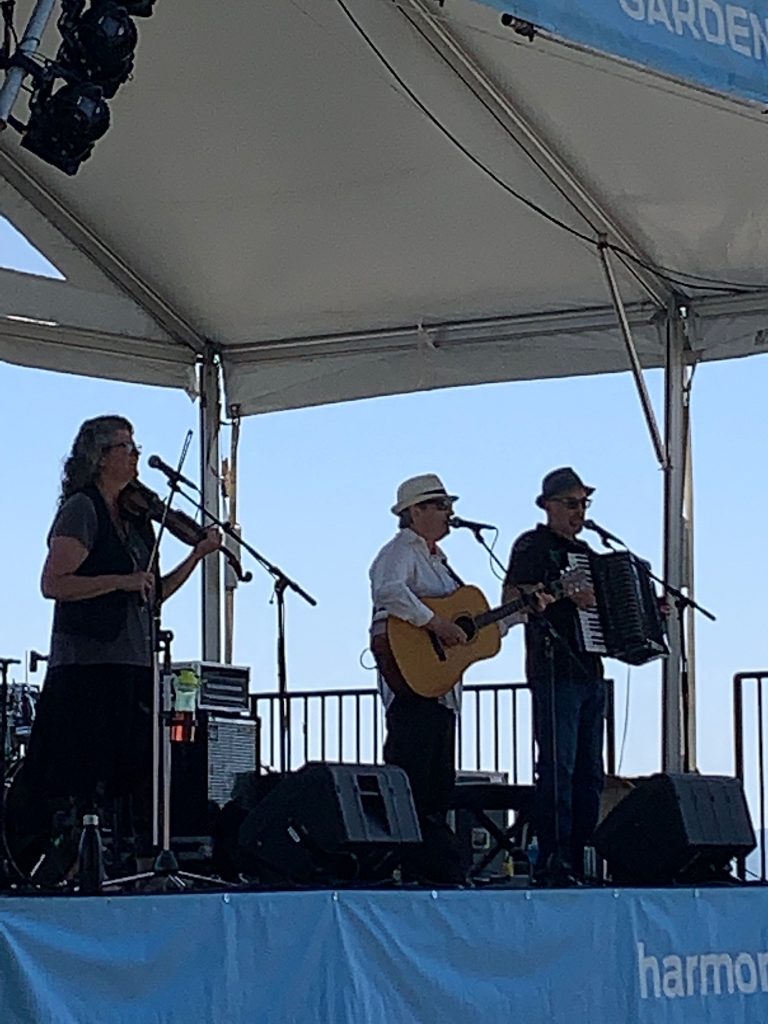 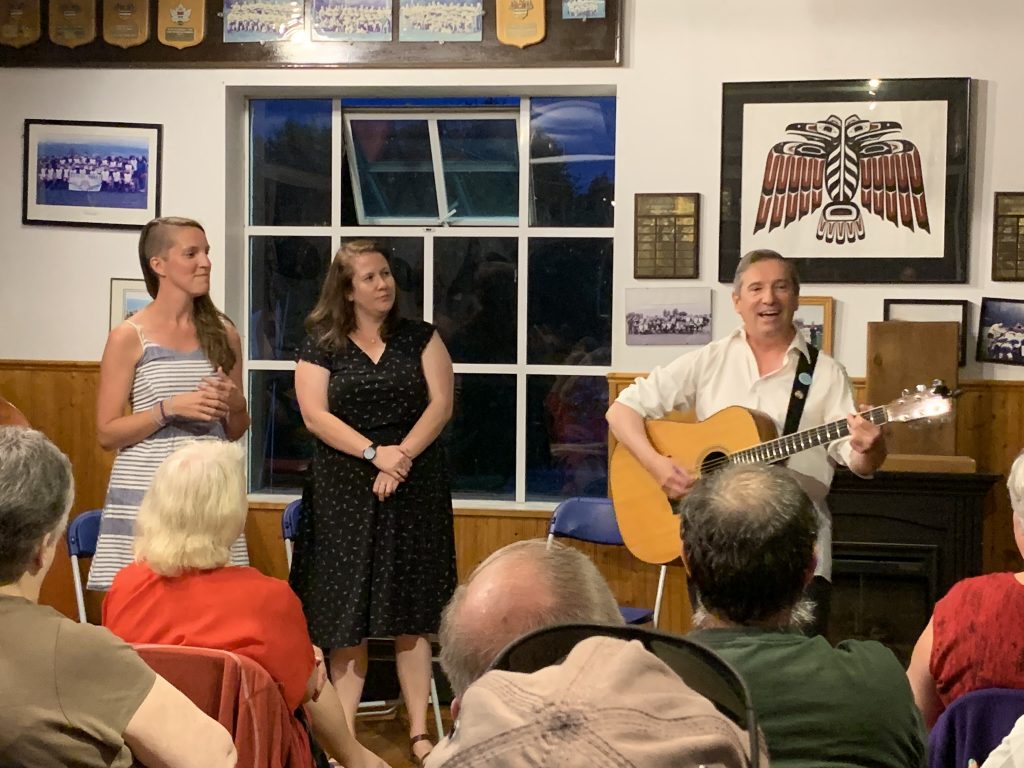 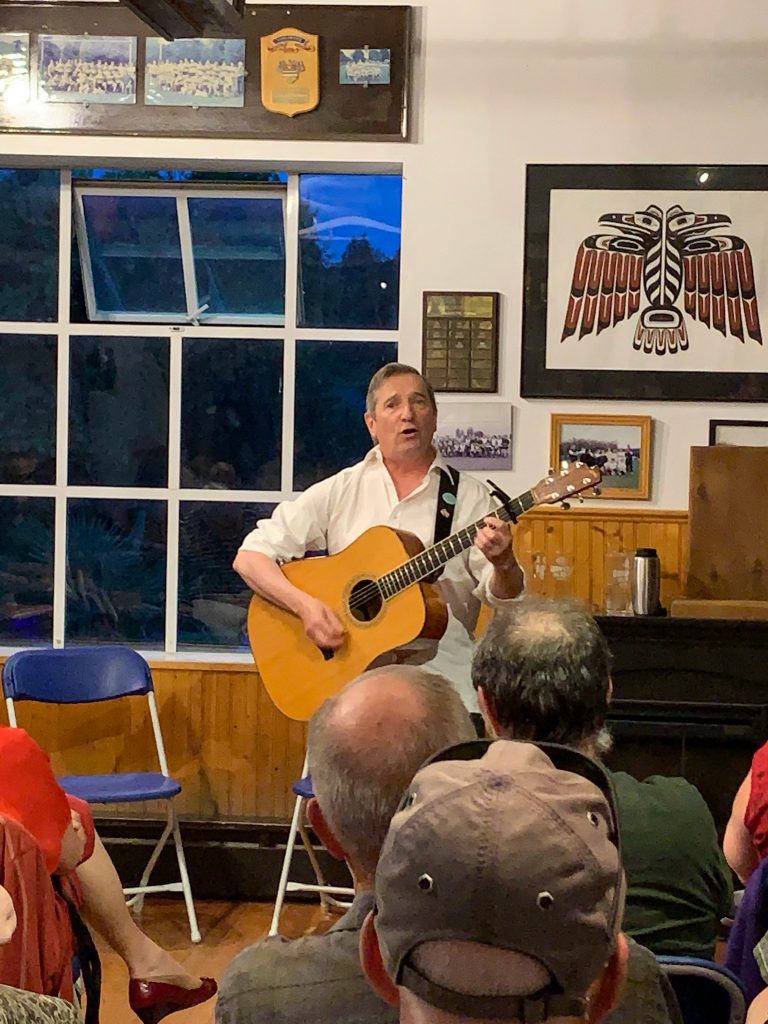 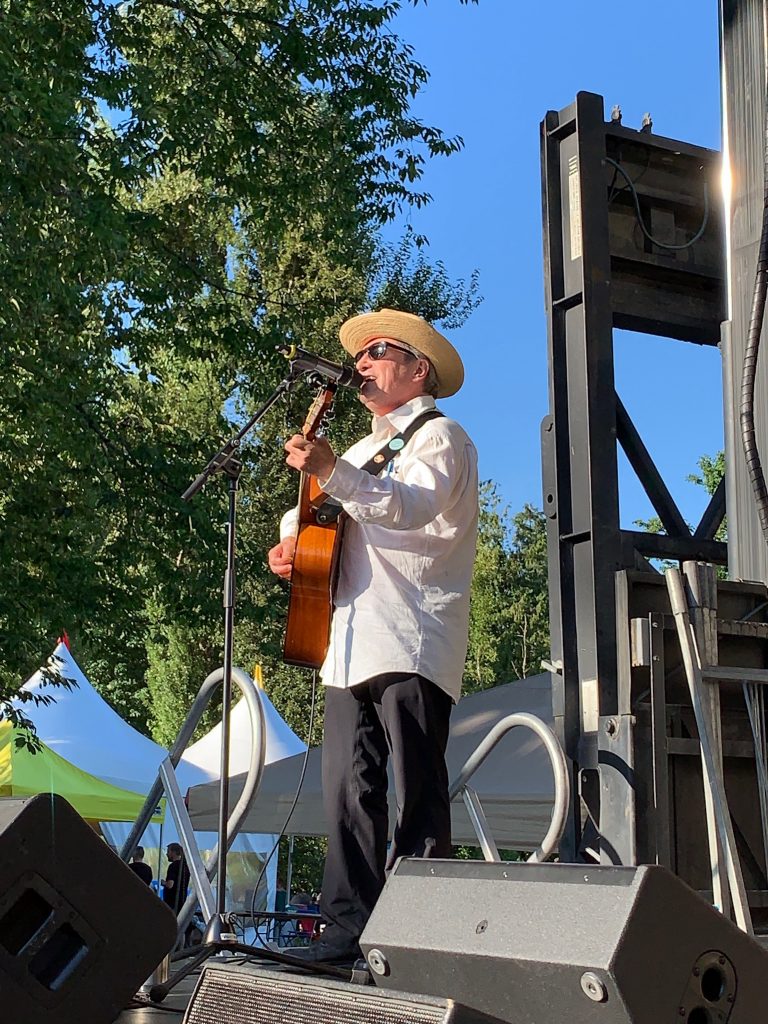 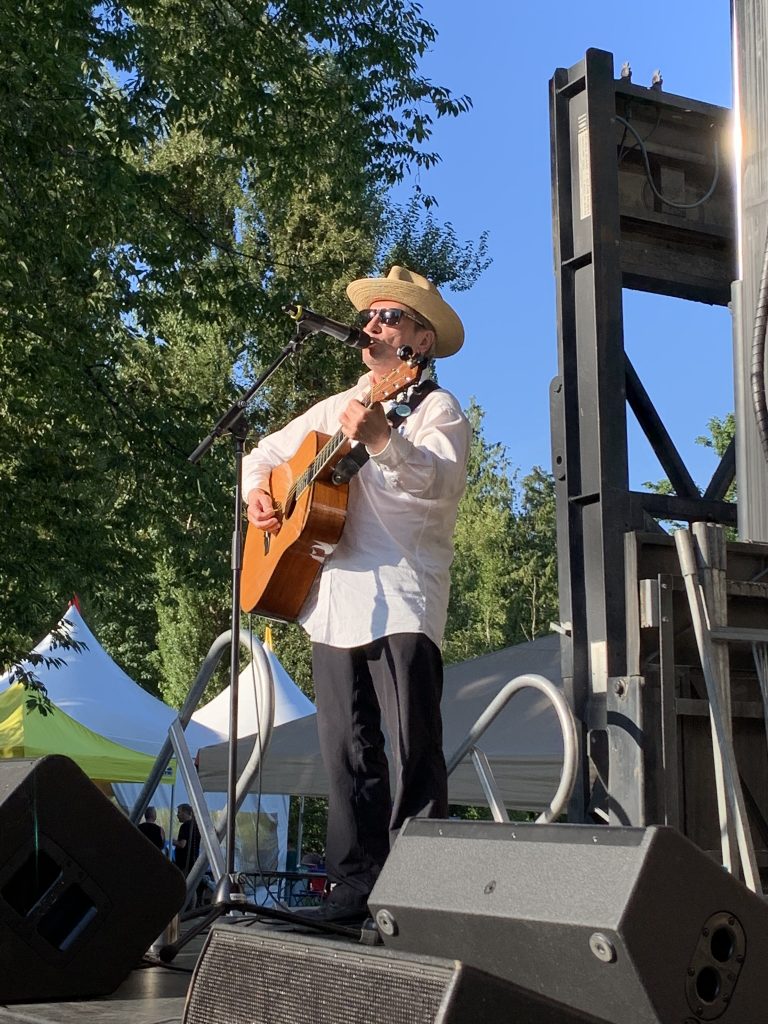