HITHER AND YON
The more erudite among you will recognise the James Rigg quote, which in full is “Even when November’s sun is low and Winter flaps his fleecy wings, Thy gold among his silvery snow a solace in the sadness brings.” And now – here’s the news!

We are pleased to tell you that the new Eventually Brothers album, Hither and Yon, is now available for sale on CD and as a download from CD Baby here.
The cover painting is once again by Nanaimo BC’s Peter Achurch – and we think he captured the mood of the album perfectly! We’ll let you know the links to all of the other online retail outlets such as iTunes, Spotify etc. as they become known to us. You can listen to the tracks right now by going here.
If you feel like it you could write a review for us on CD Baby. We’d be eternally grateful if you did!
Thanks to Hamish Douglas Burgess for being the first DJ to give Hither and Yon some airplay on Celtic Music Radio. One of the songwriters featured on the album, Ray Kerr, was listening to Celtic Music Radio relayed from Glasgow (95FM and online) in his living room in Zurich, and heard The Narrow Boats and promptly called to let us know. That was before Ray even had an album of his own! That’s quick work Hamish! Also featured was When The War Is Over on the show’s Remembrance/Veterans Day special.
You can catch Hamish’s shows here if you missed any of them. 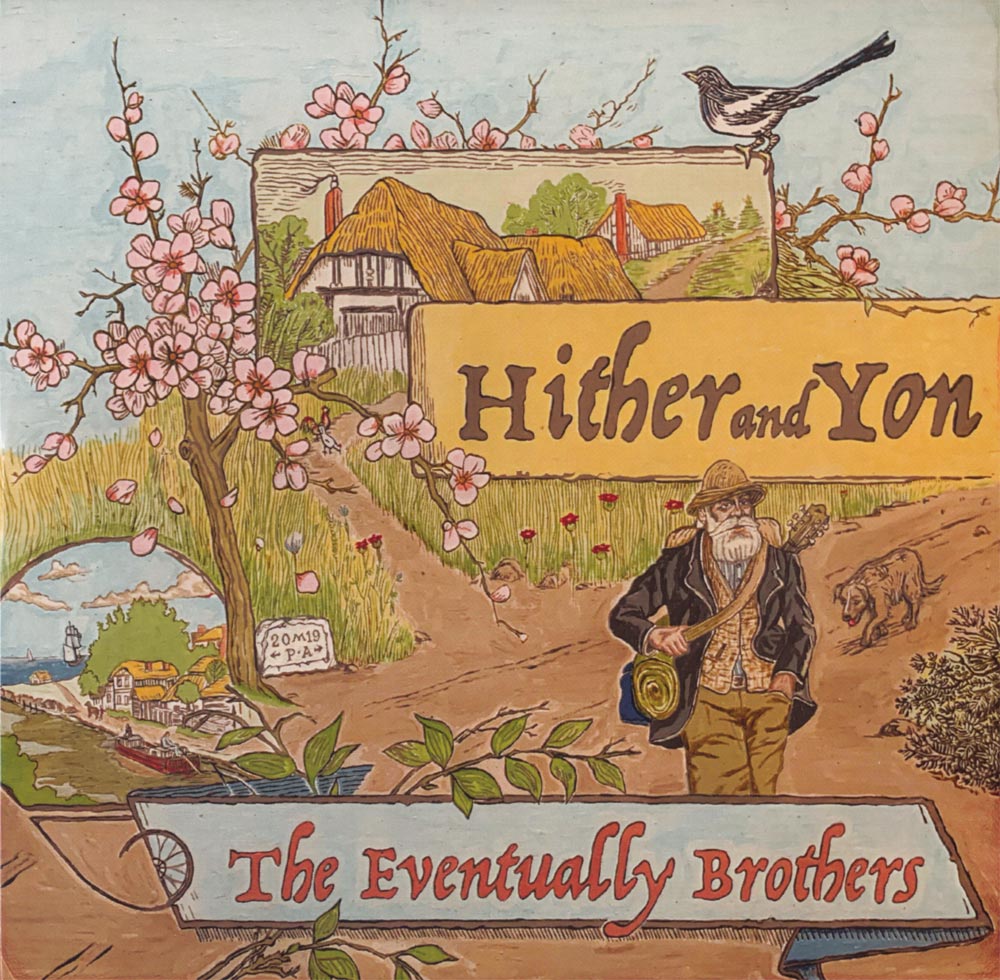 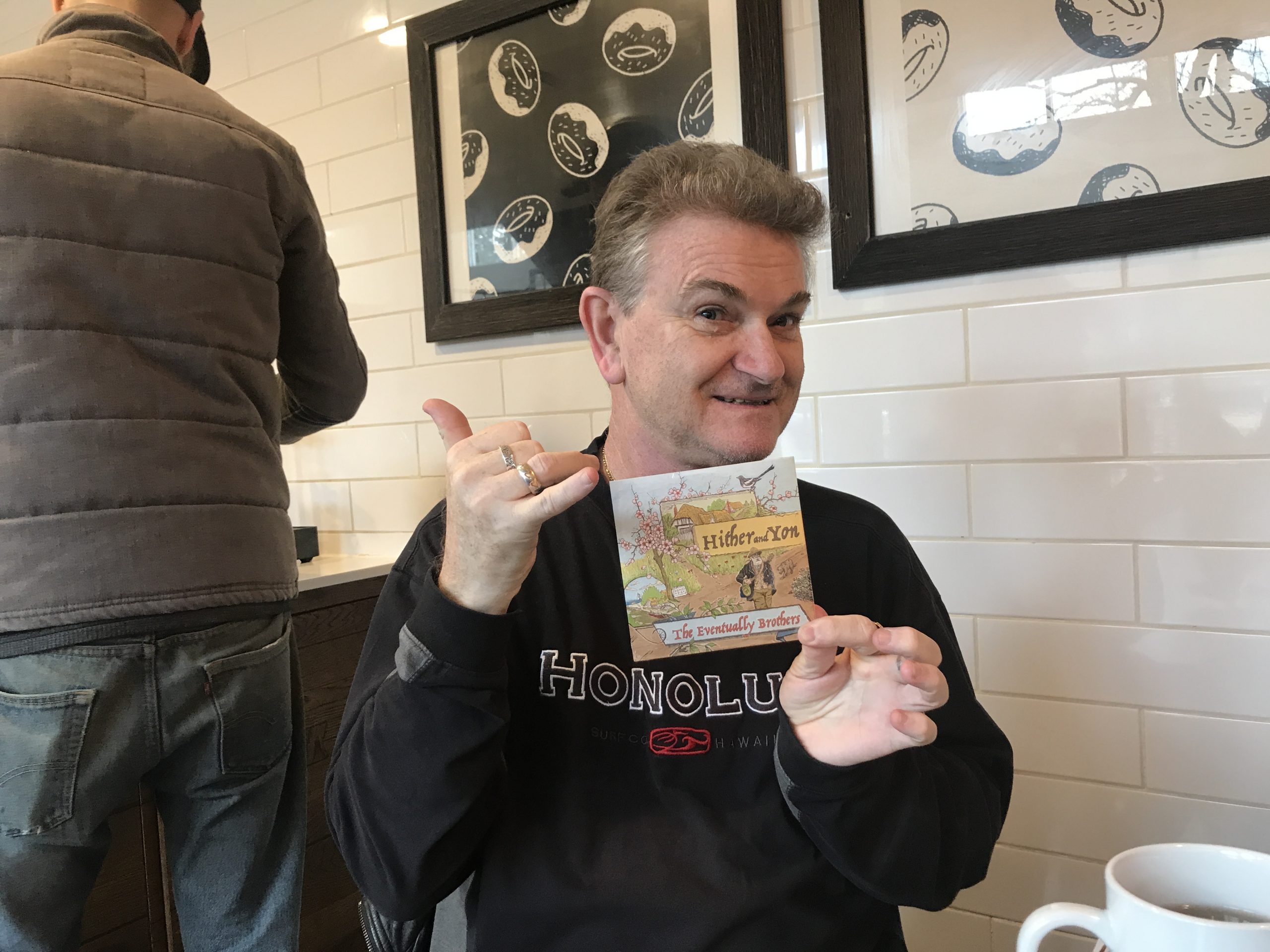 The epic science fiction progressive rock concept album featuring Tim and Baltimore’s Andy Cooke (Dataloaf, Pine Tree State, Electric Wave Inspection Bureau) was recorded at Tres Gatos Studios in Baltimore, MD, USA in September. The band name adopted by Tim and Andy for this release is Chronolord. The final mixes are underway as we write so we expect the album to be finished very soon. No release date has been announced yet but we think it will come out in early 2020. Meanwhile, Andy and his team are hard at work finishing everything, adding bells and whistles and also doing the artwork. 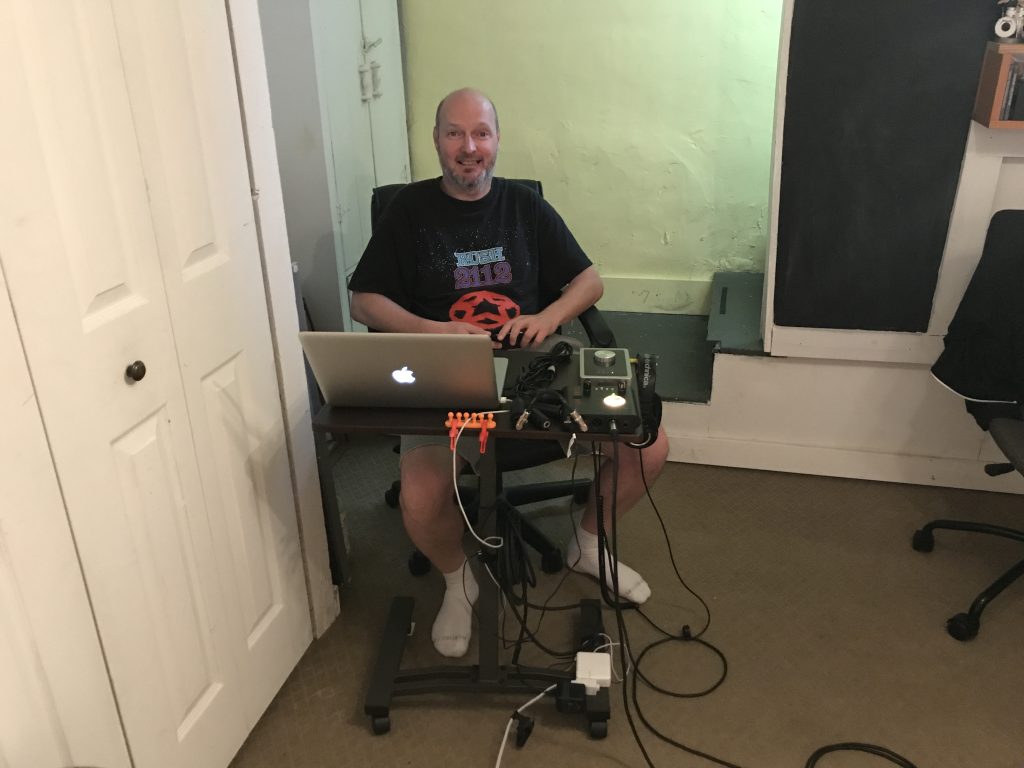 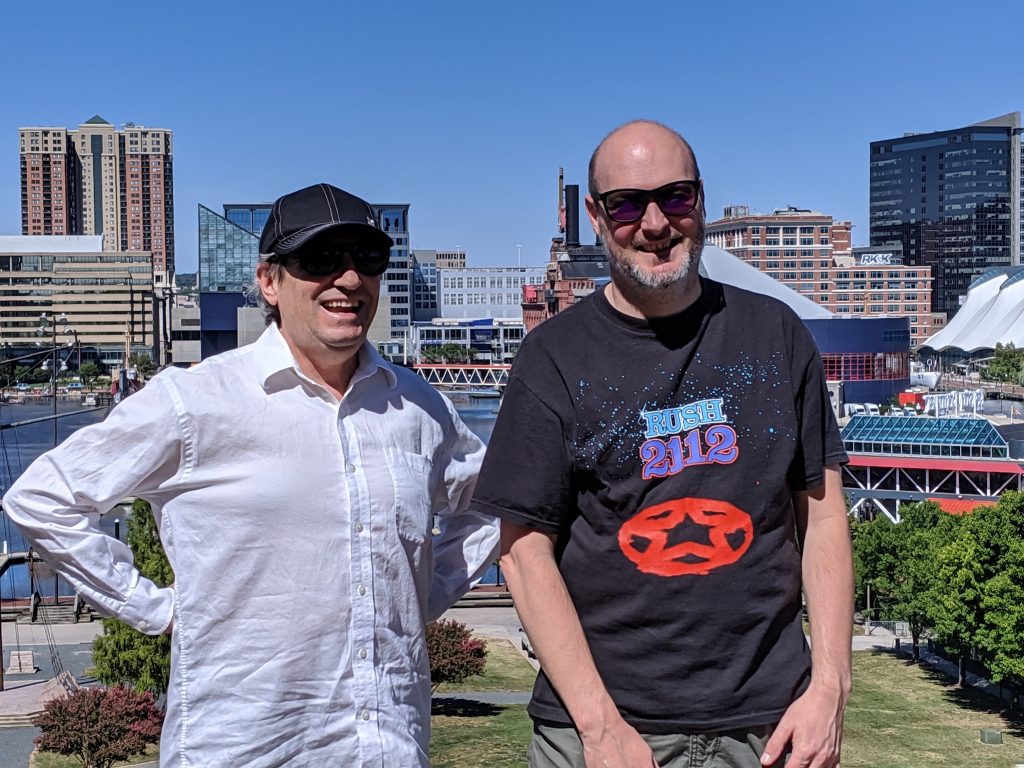 Taking in the harbour views 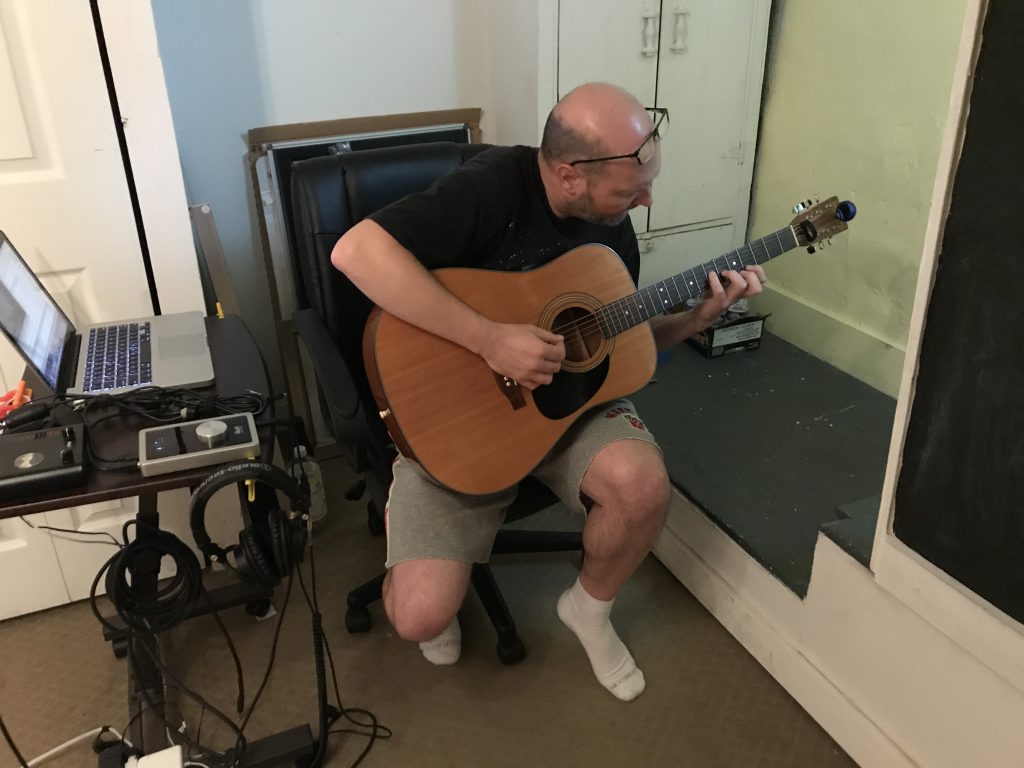 On your feet or on your knees! 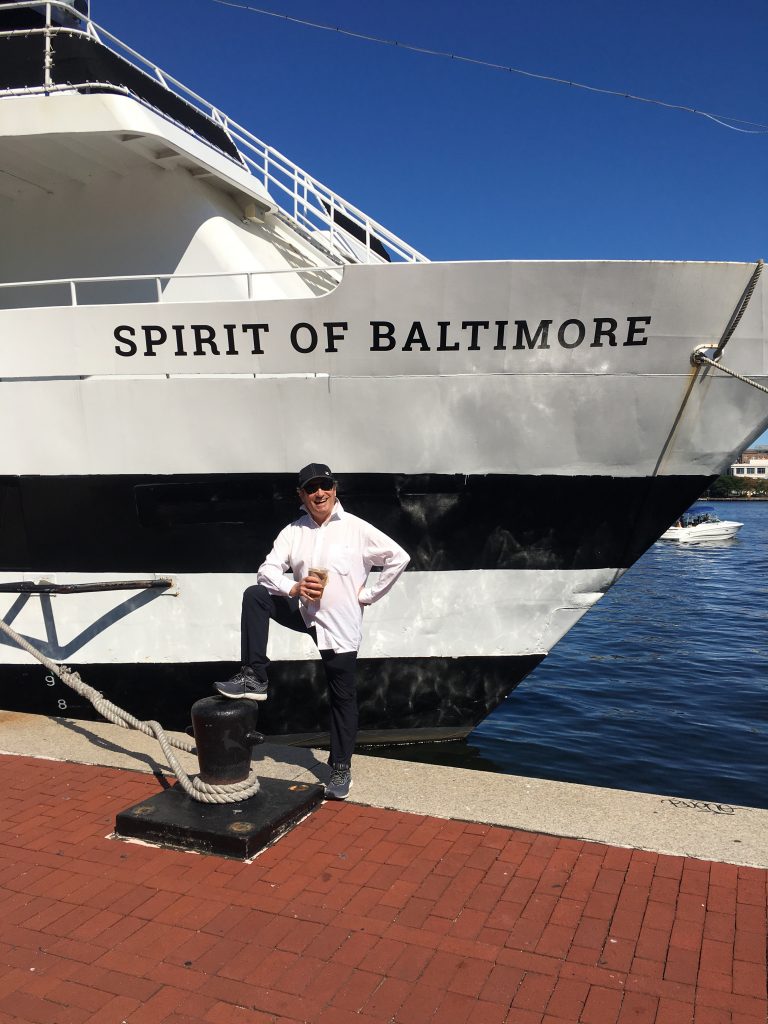 Moved by the spirit!

The good people at CD Baby have been busy uploading the Tim Readman back catalogue to YouTube. We recently discovered that all of Tim’s 2016 solo album Go Blue is now here.
You can read reviews of Go Blue by following this link. 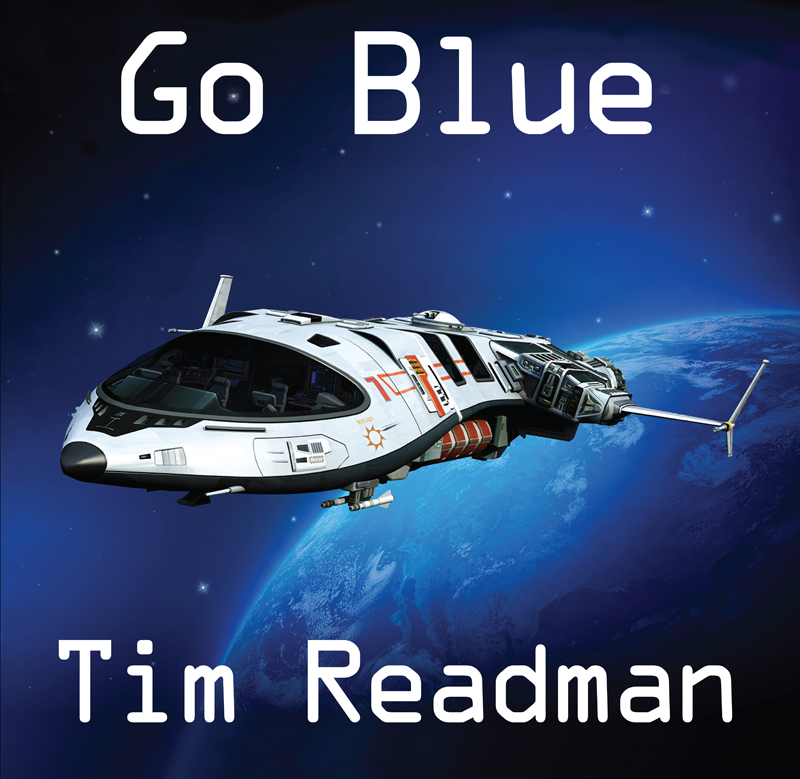 We’ve just had Tim’s website updated. Among other things there’s some additions to the Press page which now includes some video highlights from the archives featuring Kavita Singh, Kate Reid, Watt Government, Arthur 2 Stroke & The Chart Commandos, The Eventually Brothers and Fear of Drinking. There’s also free music from the first Fear Of Drinking album Get On With It! (no longer available). There’s also this:
“Fear of Drinking’ Live in Zurich: It’s pretty obvious from the opening stomp of Blackleg Miner why the band chose to release this performance. It’s an immaculate recording, with all the instruments coming through super clear and the harmony vocals right in you ears. This band is incredibly tight. Great performance from a band whose brand of fun and music is missed.” The Vancouver Sun Newspaper, Vancouver, BC, Canada
Why not stop by and check it out. It’s always an entertaining way to spend a few minutes. 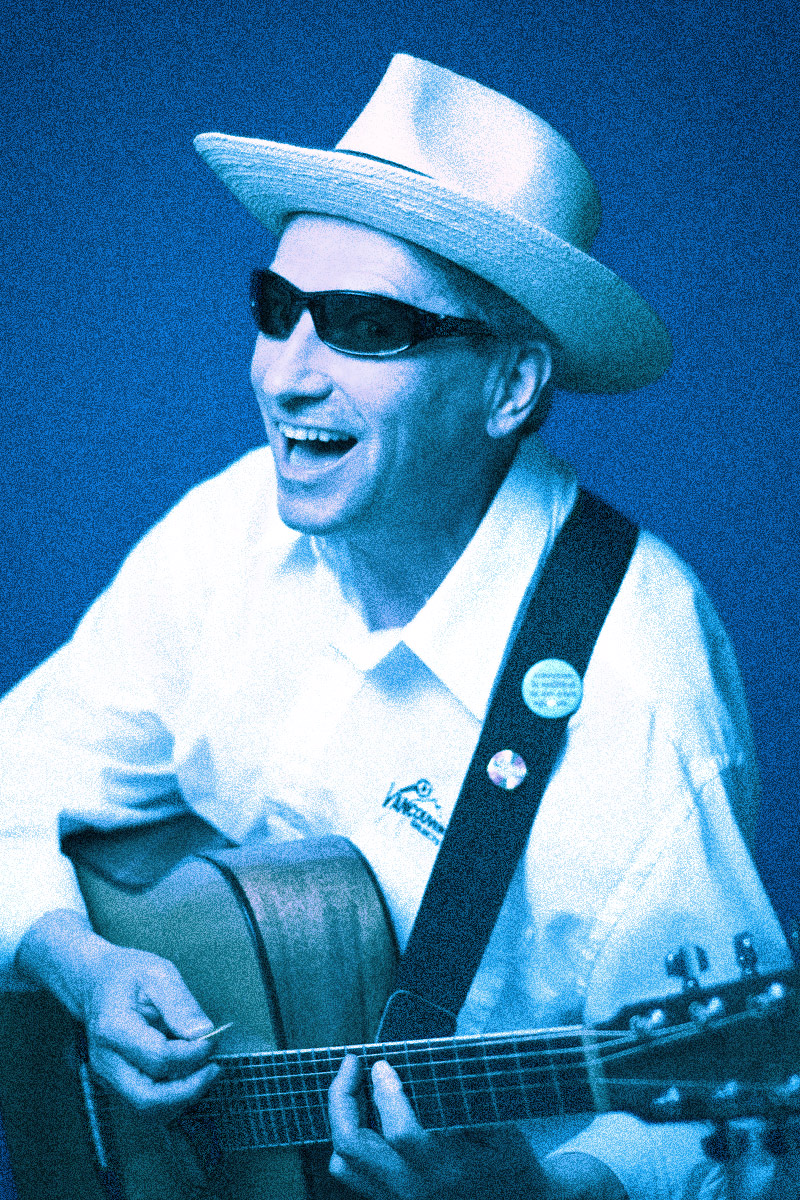 Long time Tim Readman musical comrade Shona Le Mottee recently moved to Scotland with her family. We are going to really miss Shona and her fiddling and we wish her all the very best in her new home! 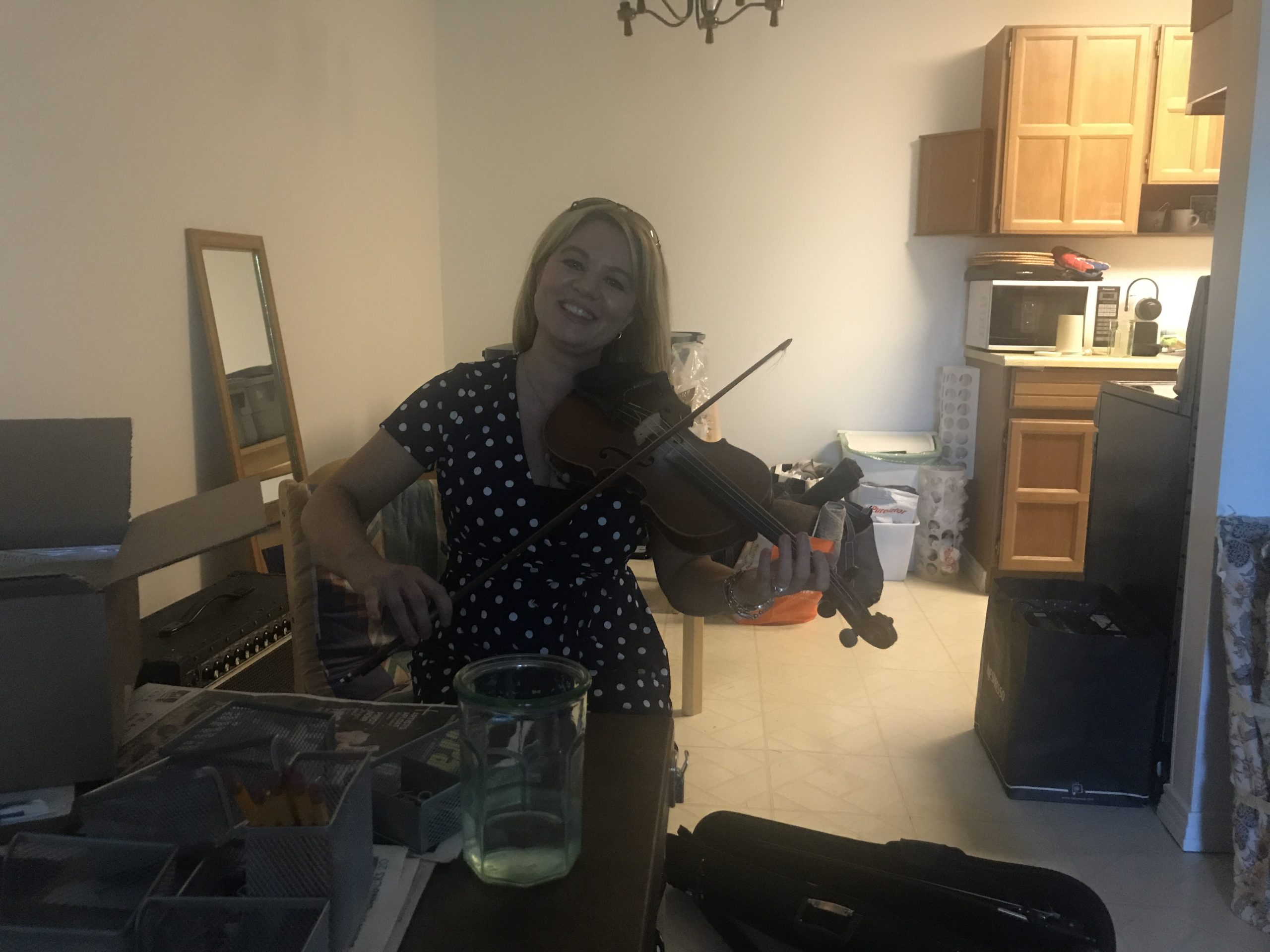 Shona plays her last few tunes with Tim before flying out.

Also Mairi Rankin, who performed with Tim in and around Vancouver over the past few years, has now relocated to her birthplace, Cape Breton, Nova Scotia. Happily she is back in BC in November and December for a date at the Rogue Folk Club and for a house concert in Langley BC so we are very much looking forward to seeing her perform! 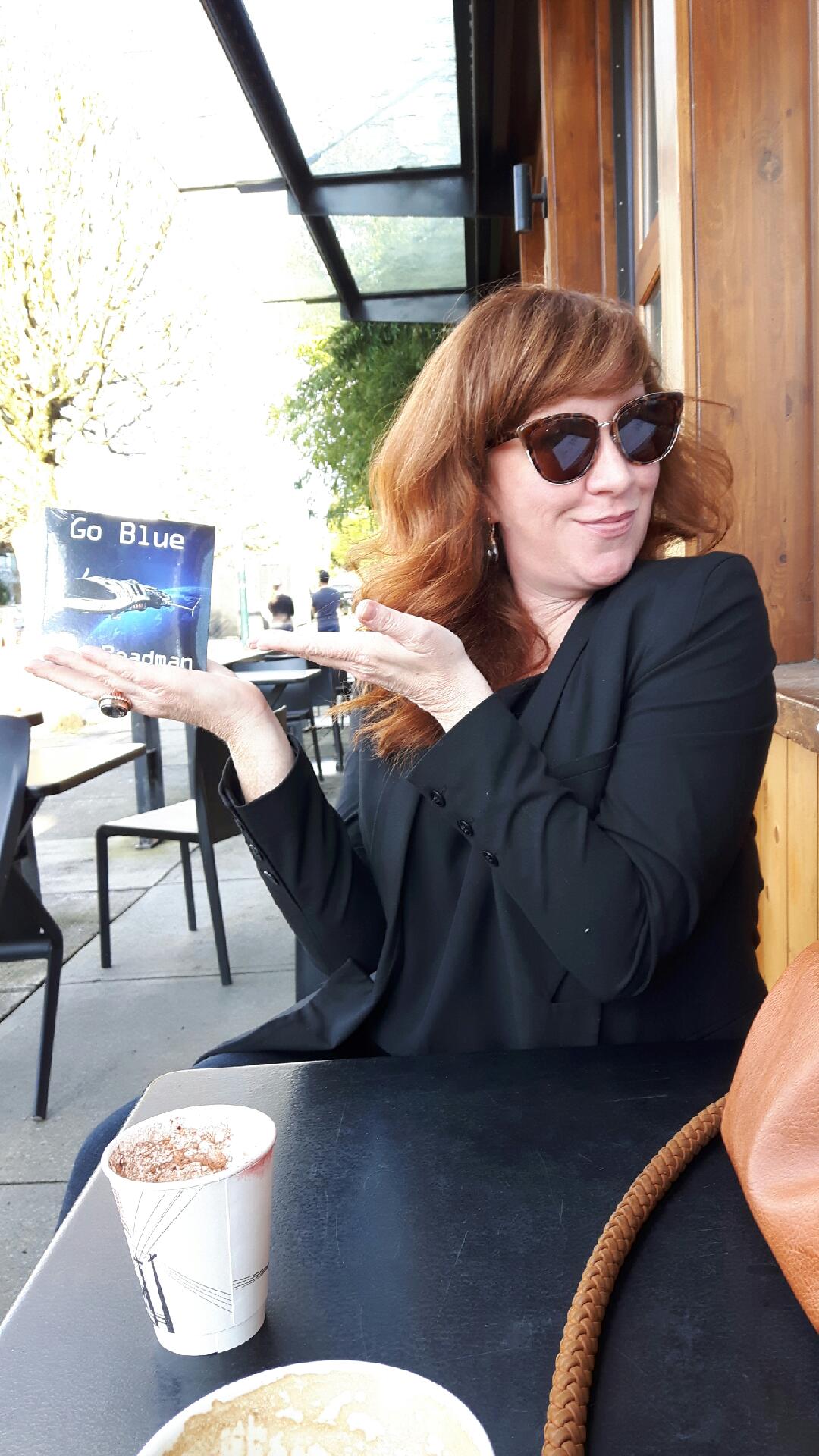 Mairi Rankin – we just love her taste in music!

We lost a great friend when Michael McPeak, the man Tim often jestingly referred to as “the worst manger I ever had”, passed away recently. Our condolences go out to all his family. Michael did so much for Big City over the years and was our computer guru of choice for as long as we can remember. Tim played some jigs and reels with fiddler Prairie Wolfe at his wake. We gave him a very good send-off.  We are going to miss you Mikey! 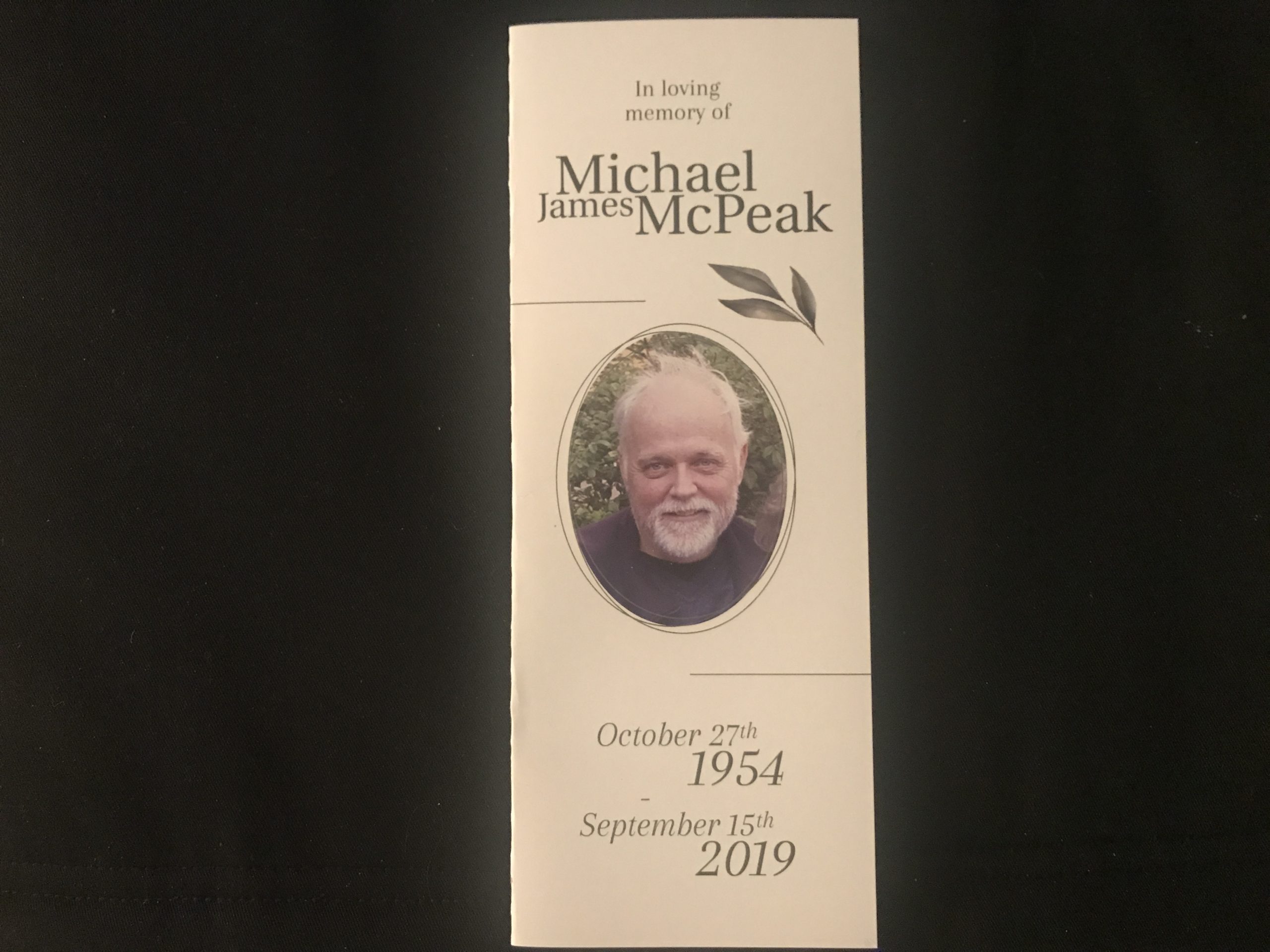