Yes it is International Workers’ Day, also known as Labour Day. It’s also an ancient festival marking the first day of summer and a current traditional spring holiday in many European cultures. So however you choose to mark the advent of the fifth month we hope you have a great time! 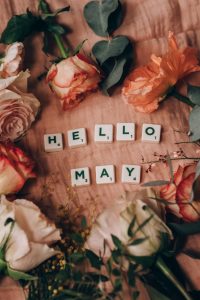 Tim and his Chronolord band mate Andy Cooke, have been working with elf-like vigour on their upcoming album of new original Christmas songs. Several songs have been completed for the ’12 Hits of Christmas’. We’ll keep you informed about how to hear it closer to the release date. 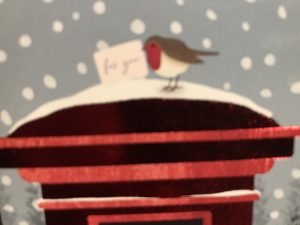 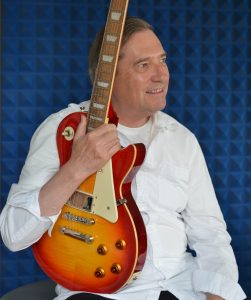 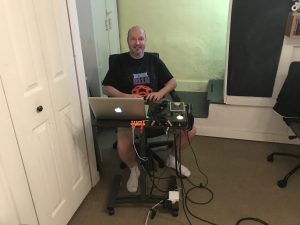 This storyline for this original song by The Eventually Brothers is from the point of view of a guy looking back on a romance in Paris in the early 2000s. The title references the famous literary magazine established in Paris in the early 1950s. The narrator’s personal “Paris Review” takes the listener on a colourful, memory-driven tour of the city. The song is from The Eventually Brothers’ fourth album, Love Songs Dark and Bright, which will be released on June  2022. The recording was done in Vancouver in 2021. The opening and closing segments of the video are underscored by a piece of music performed by an anonymous pianist recorded on the spot into a smart phone at the Shakespeare and Company book shop on December 7, 2021. You can watch the video here. 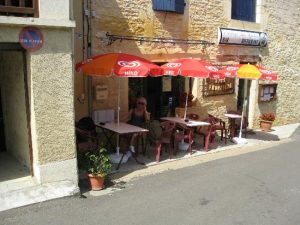 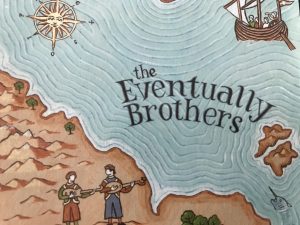 We put this together within a week of the Canadian men’s team qualifying for the FIFA World Cup 2022. A special shout-out to head coach John Herdman, who hails from the same region in England as Tim. It is an adaptation of a song we’ve used in the past for Newcastle United and Vancouver Whitecaps. The video begins with a bit of personal background by Alan Millen, a former player for Nanaimo boys’ club Harewood FC, a team that consistently finished in last place during his several seasons in blue-and-yellow! You can see it here.

The first band Tim was ever in, many years ago, got back together when he was last in the UK (pre-pandemic) for old times’ sake. Much fun was had catching up and playing songs together for the first time in over 40 years! Since then the other three lads, Colin Baratt, Kevin Bainbridge and Ian ‘Ted’ Hay that make up The Blintz Band have put together a marvellous album with the title God’s Golfball. You can find out more and hear tracks here. Now there’s talk of a follow up, this time with Tim being involved too. Watch this space! 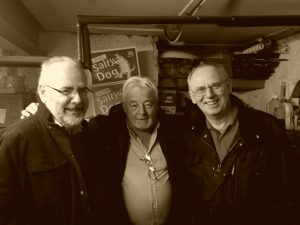 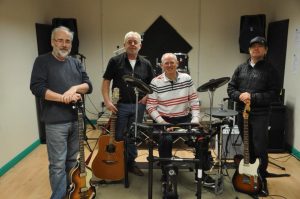