The back room elite that makes up the Big City geekerati have been working with the very good people at Greystone Creative on a Brand New Tim Readman Website™. It will appear, as if by magic, on the internet on March 1st 2018 and can be viewed on smart phones, tablets, laptops and desk tops anywhere that we haven’t been banned 😉 It won’t work on dumb phones, tablets of stone, lapdogs or your refurbished Commodore 64. Just sayin’. 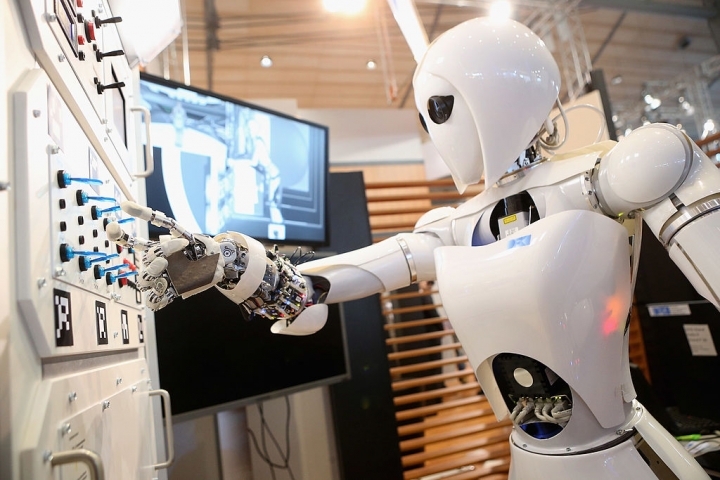 Here at Big City Towers, our favourite Valentine’s romantic song is My Funny Valentine – the Elvis Costello version, which you can hear here:
https://www.youtube.com/watch?v=ni3DjM8wcds
Our favourite anti-Valentine’s love gone bad song is Cry Me a River- the Julie London version which you can hear here:
https://www.youtube.com/watch?v=MkD_kYkRk3c
So however you choose to spend the day, and no matter what you do, there’s a song for you! For us, it’s the busiest day of the year in the Big City Office … whoops … another broken letter opener … more metal fatigue! Tristan and Tim say thanks for all the cards!

Arrogant Worms in BC

Tim will be on the road with Canada’s clown princes of musical comedy, The Arrogant Worms in March. The dates are:

Will he be driving the bus, doing some dialect coaching or merely hanging out and taking in the shows? There are rumours of something in the works we are not at liberty to disclose. Confidentiality must be protected, we’re afraid. Our legal counsel has been ominously silent! That’s a surprise because she’s usually a right gobshite! 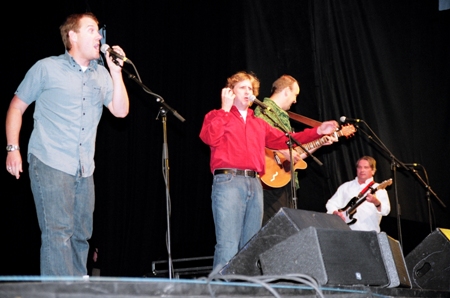 We can confirm that there are two more recording projects for Tim in the works. One is another Eventually Bothers recording and the other is a children’s album. Meanwhile work continues on the Cuckoo gene sci-fi prog-rock epic. That’s all we are saying for now. 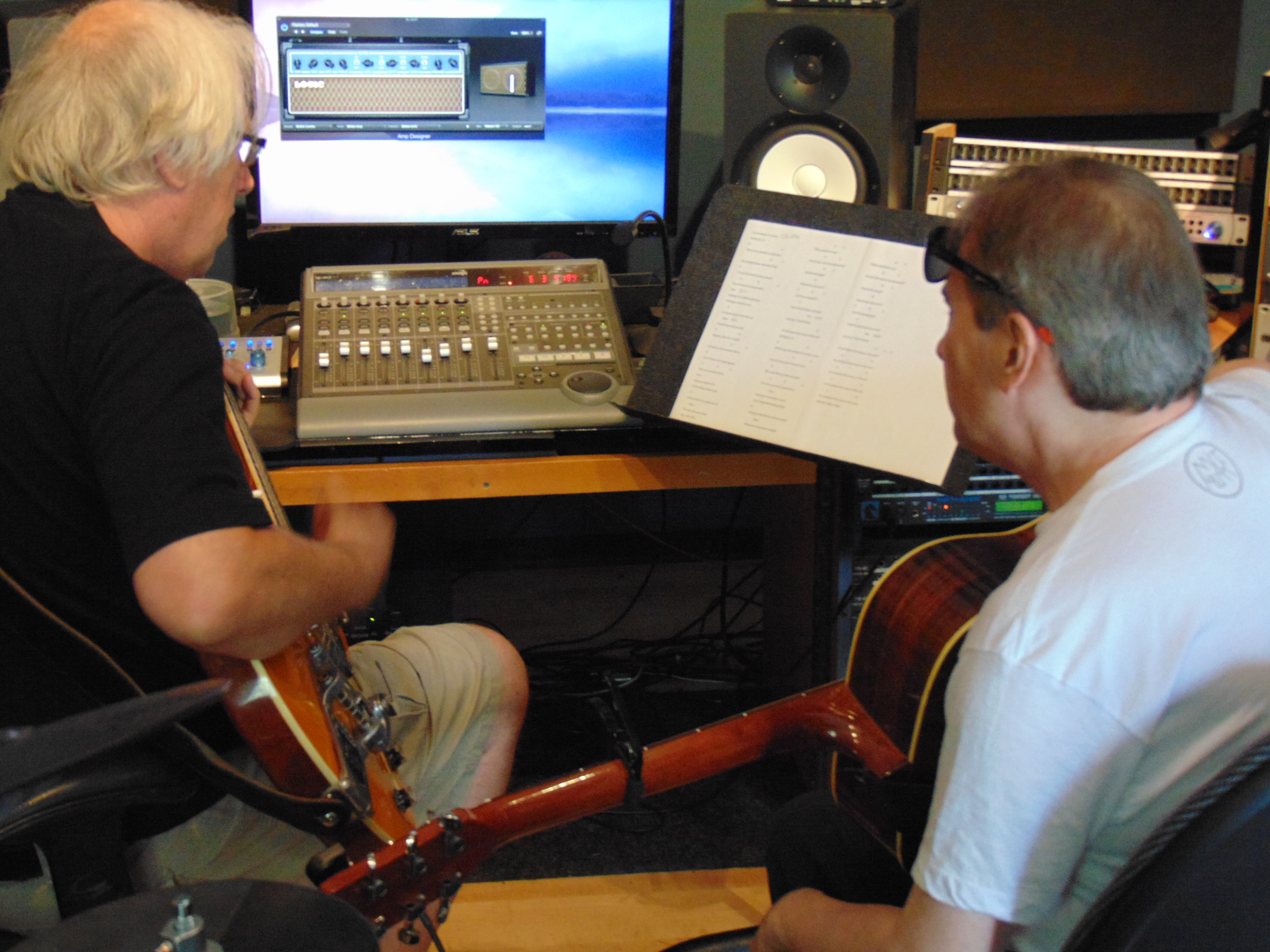 We’ve had several requests for the first two Fear of Drinking releases on CD. ‘Get on With It’ and ‘It Could Happen to You’ were only ever released on cassette. Recently we heard from the band’s former accordionist, Jane Gowan, who sent us a package of Fear of Drinking materials she’d found while moving house in Toronto, that she thought we might like to have. Among the photos, posters, love letters, fan mail, Valentine’s cards and fliers were a few cassettes of both releases. If you want one please get in touch. Otherwise if anyone wants the digital MP3 files, we can likely sort that out for you, so that you can listen to Sally Wheatley on your portable music-playing device once again. 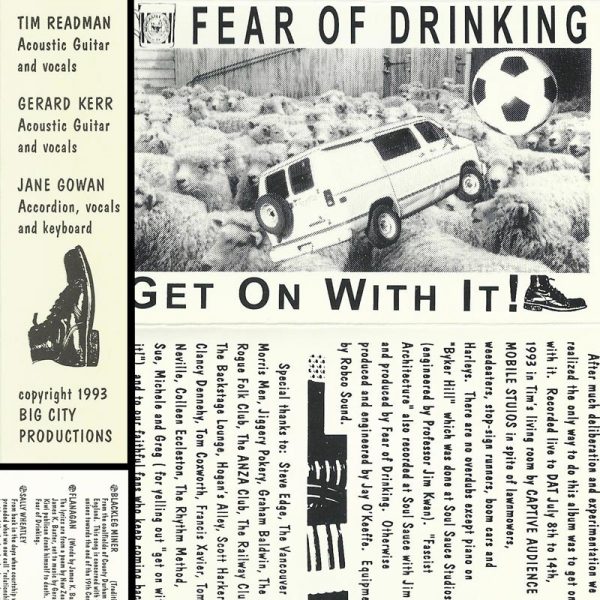 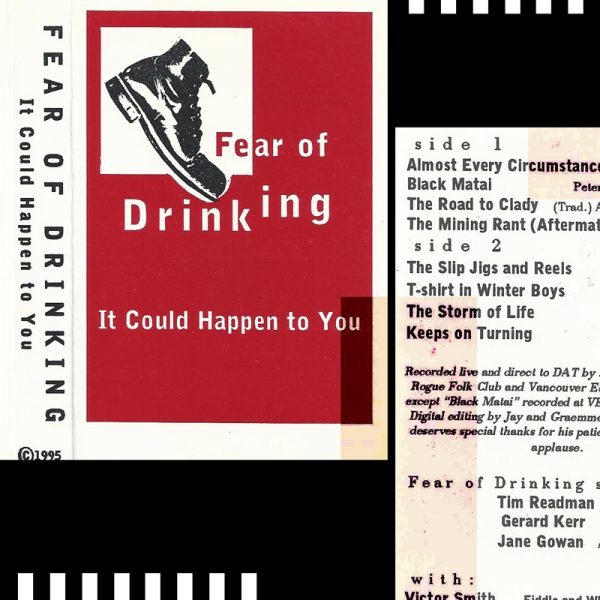 … And speaking of Fear of Drinking, longtime fan, Timo Lakininenn, from Helsinki, Finland dropped us an email to ask us to settle an argument about who wrote one of the band’s old favourites, ‘Sally Wheatley’. Although it is often mistakenly credited to Alex Glasgow (it was included in a musical he wrote) or listed as ‘Traditional’ it was in fact written by Joe Wilson from Newcastle upon Tyne. He wrote many songs for music halls in the 19th century; his best-known song being the legendary ‘Keep Your Feet Still, Geordie Hinny’. Joe Wilson originally published Sally Wheatley” in the late 1880’s. Tim got it from the singing of his Seaham Northlea schoolmate, Bob Fox, who recorded what many people now think of as the definitive version with Stu Luckley on their seminal Nowt So Good’ll Pass L.P., released in 1978 on Rubber Records. You can hear Fear of Drinking’s version of Bob’s arrangement on their debut cassette, Get on With It’ – which is just about where we came in.

We received a query, via lyricist Alan Millen, from Davey Brown, a fellow Newcastle United supporter who is writing a book about the 50th anniversary of the Magpies winning the European Fairs Cup in 1969. He came across the video for one of The Exiles Songs ‘Fairs Cup Reverie’ on YouTube and has asked us to share the song’s back-story. Davey is also an artist as well as writer and you can see samples of his work here www.daveybrownart.com. He’s painted icons such as ‘The Modfather’ Paul Weller and Muhammad Ali. He has also published a book of verse called “It’s In The Blood: A Book Of Newcastle United Poetry” which was serialised in the Newcastle Evening Chronicle. We are looking forward to collaborating with a kindred spirit! You can see Fairs Cup Reverie on YouTube here:

… And footage from the 1969 final here: https://www.youtube.com/watch?v=mOMSPSVQ-IA

We were flattered when former Blintz Band bassist, Beatles archivist and all-round good guy Colin ‘Batty’ Barratt created some marvelous promo videos for Go Blue and posted them on various social media sites. We got a lot of response, for which we are most grateful. You can see them if you follow these links: 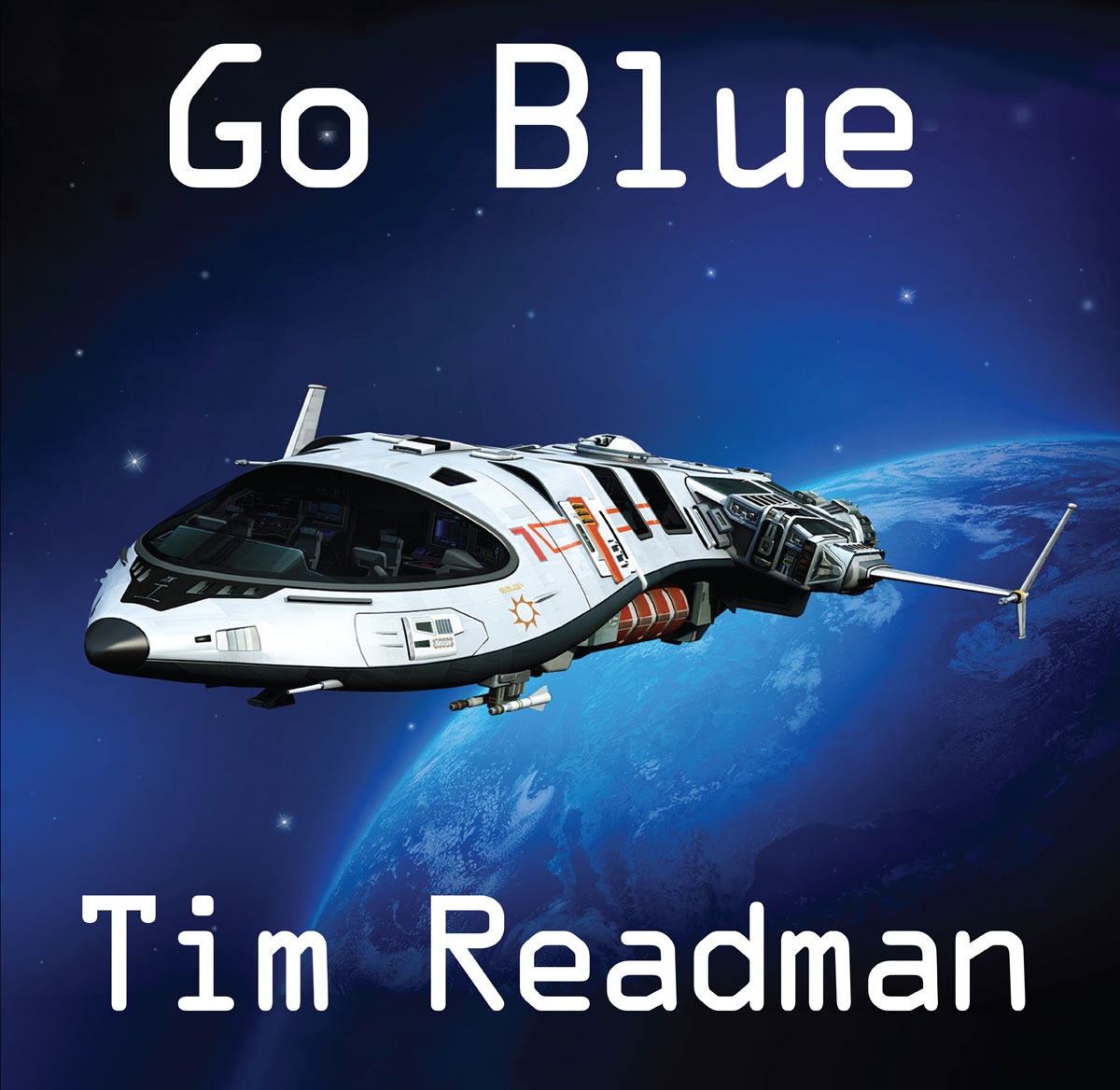 We continue to get a tremendous response to our request for fans to send snaps of the cover of Go Blue from around the world for us to post on social media. There’s a new selection of photos below for your pleasure. As long as you keep sending the photos we’ll keep posting them!